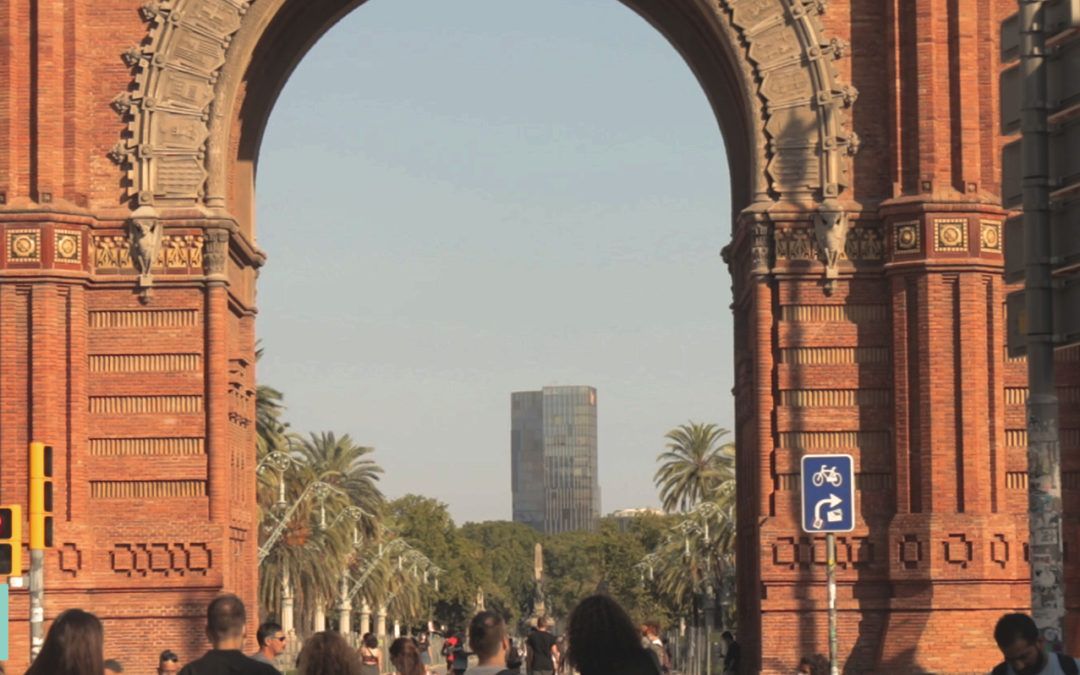 Icon of Barcelona, it is one of the most photographed monuments of the city.

Nowadays it is the access to Passeig Lluís Companys, a place full of life. But the Arc de Triomf (or Arc de Triunfo) was the great door of the Universal Expo that took place in Barcelona in 1888.

In order for us to get a good idea of the importance of this, we must understand that the universal expos were great events in the late 19th century.

Being chosen as the venue meant several things for your city: first, it was the best way to put the city on the map, and that was very important in this “new” modern world. Second, it allowed showing the full industrial, economic, scientific and artistic potential of the country. And third, it was a great source of future foreign investment and economic resources for the city.

Arc de Triomf was built with the idea of being an impressive gateway to the avenue that culminates in Parc de la Ciutadella; the definitive entrance to the Expo.

It was a great opportunity to support Modernism, which was a mainly architectural movement that arose in those years in Barcelona. And from the first stage of this movement, it came this Arc de Triomf, which recovers neo-Mudejar elements.

Its architect was Josep Vilaseca.

Some facts about Arc de Triomf

Arc de Triomf is about 30 meters high, and although the structure is of classical proportions the abundance of details, color and decoration would bring it closer to the eye-catching Catalan modernism.

Brick is the material that characterizes it, and even highlights it compared to the vast majority of triumphal arches that you can see in Europe. Not only that though, because it should be noted that the rest of the triumphal arches were built to commemorate important victories or great generals in history, but in this case, as we already explained, this triumphal arch was built to give a spectacular entrance to the universal exhibition of 1888. A detail that gives us an idea of the importance of trade (industry and science) for Barcelona (and Catalonia).

Continuing with the description, we can see that several sculptural elements and friezes stand out on both sides of the arch.

The side that faces Passeig Sant Joan, contains in its upper central section the frieze that welcomed visitors, called “Barcelona welcomes the nations” by Catalan sculptor Josep Reynés.

The opposite side has the frieze called “Distribution of rewards to the participants of the Exhibition” by the renowned sculptor Josep Llimona.

On the sides of the Arc de Triomphe you will see profuse decorations, among which stand out the allegories of Industry, Agriculture and Commerce on one side; and in the other those of the Sciences and the Arts. In addition, you will see “famas” on the buttresses, which are statues of winged figures and were sculpted by the artists Manuel Fuxà y Pere Carbonell.

In the curve of the arch is the shield of Barcelona, flanked by the shields of the 48 Spanish provinces

In its original design, the avenue was flanked by statues of important figures from Catalan history. During the Civil War the statues were removed and only two have survived: that of Antoni Viladomat (Catalan painter) and that of Roger de Lluria (Catalan navigator), which are seen at the end of the walk, just opposite the entrance to the park.

The third sculpture that you can see at the end of the avenue, between the two already mentioned, belongs to Rius i Taulet, who was mayor of Barcelona in the years of the Expo and a great promoter of the project. The piece is by Pere Falqués and Manuel Fuxá, with the collaboration of Eusebi Arnau for the figure that represents Barcelona.

At the base of this sculpture there are 4 shields representing the 4 most important works of Rius i Taulet’s management:

Looking up, an obelisk appears, where the mayor’s bust and two female figures that symbolize Work and Barcelona are found. On the back side there are three geniuses representing Industry, Science and Art.

Also at the end of the avenue, just before reaching the three statues, there is a map painted on the ground that recreates the Barcelona from 1714.

It is about 200 square meters and in it you can see two planes, superimposed. The current one and the other from 1714, where the points or places that have disappeared or were altered after the War of Succession and the Siege of Barcelona, and throughout the last 300 years, are indicated.

The map is known as the “Mapa Tricentenari BCN” and if you reach it, you will be able to obtain additional information about the city at the beginning of the 18th century, using an application available on mobile and tablets.

The Palace of Justice

A building that attracts the attention of those who walk here is the Palace of Justice; a beautiful building, in an eclectic style, designed by Enric Sagnier and Josep Domènech i Estapà at the end of the 19th century and inaugurated in 1908.

It is one of the first monumental buildings in the city, that combines the use of stone, which gives the idea of solidity and the weight of justice, along with iron, the material that best represented the modern era that was being lived.