How tapas are born. Tapas in Barcelona.

Bars on a budget

How tapas are born. Tapas in Barcelona.

Bars on a budget

Spain is recognized in the world for “flamenco”, bulls, “paellas” and “tapas” (and Barcelona in this last point does not escape the rule). But we know very well that this is a very limited view of reality: Spain is much richer and more diverse than just these four elements. In a country of little more than 505 thousand square kilometers, diverse traditions, languages, identities and cultures coexist that make the experience of knowing the true Spain much more interesting.

But of one of these four characteristic elements, we can say that it is a national good: “tapas”.

“Going out” or “going for tapas” is such a Spanish custom that it goes through the country in any direction. Obviously, there are differences according to the regions. You don’t have the same experience everywhere and, of course, “tapas” in Barcelona have their characteristics … but we’ll get to that.

Let’s start first by defining what a “tapa” is. Because although everyone who visits this country is looking to “eat tapas”, it often happens that they do not know for sure exactly what it is.

Well, it is very simple: the “tapa” is an aperitif that accompanies the drink, which may or may not be alcoholic. This appetizer can range from some olives, a slice of ham or a wedge of cheese to a plate of potatoes or croquettes to share.

The action of going to a bar, ordering a drink that will come with a “tapa”, leaving that bar and going to the next one to repeat with another glass and another “tapa”, and so on until you get tired (or have had too many drinks, whichever comes first), is basically “going for tapas” (“ir de tapas” in spanish).

A custom that is deeply rooted and that many locals enjoy with friends or family. It is also a good way to meet people and eat out without spending too much.

WHY THE NAME “TAPA”?

To trace the origin of “tapas” and its name, you have to travel back in time. But how much do you have to go back? That is not so clear, because the origin has so many versions that we can locate it both in the thirteenth century, as well as in the sixteenth or nineteenth centuries. And the reality is that the appearance of the word “tapa” in its culinary sense in the RAE (Real Academia Española) Dictionary was only during the 20th century.

The modern concept of “tapas” is likely to have been born out of food shortages after the Spanish Civil War, but that does not deny that they have been part of the gastronomic history of these lands throughout the centuries, long before the nineteen hundreds.

Through the oral tradition we have received different stories that tell us about the birth of the “tapa” and that are already part of popular culture.

The first takes place in the middle of the 13th century. The king of Castile, Alfonso X el Sabio (no, he was not an X-Men), had an ailment that had to be treated with sips of wine (it sounds much better than taking pills, doesn’t it?). The point is that, to avoid the effects of alcohol, the king took small bites accompanying the drink. The treatment had positive results and, having recovered, Alfonso X arranged for wine to be served with a small portion of food in all the taverns of his kingdom. A portion that helped “cover” (in spanish “to cover” is “tapar”) the effects of wine on consumers.

ANOTHER VERSION OF THE BIRTH OF THE “TAPA”

Version number two: now it is the turn of the Spanish Catholic Kings, the famous Fernando de Aragón and Isabel de Castile.

In times of their reigns, a recurring problem was that of the cart drivers who collided or generated a variety of incidents at the exit of the taverns for having drunk a little too much. As a measure to avoid these nuisances, the tavern keepers were forced to serve a “tapa” with wine or beer. Why the name? Because that small portion of cheese, ham or whatever should be served on a small plate that covered the top of the glass. The client had to eat the “tapa ” first, and then take the lid off his glass and drink its contents, without having an empty stomach.

THESE THINGS ALWAYS COME IN THREES

The following version is attributed, with some variations, to two kings separated by almost four centuries. Both take place in Cádiz and relate very similar situations.

The oldest story is played, again, by Fernando de Aragón. On his journey, he stopped with Queen Isabel at a hostel. There was a lot of wind that day, “east wind”, and the king asked that his cup be covered with a slice of some sausage so that the sand did not enter his glass. The tavern keeper covered it with cheese and, handing it to the king, said: “Here is your “tapa”, Your Majesty.” Voilá! The “tapa” was created.

However, another story tells something very similar but with King Alfonso XIII, at the end of the 19th century. The stage is again, Cádiz. It seems that the king wanted to have a sherry wine and stopped with his entourage at a “meson” (some version says that the “meson” still exists and is the “Ventorrillo del Chato”). The winds from Cádiz made an appearance again, but this time it was the tavern keeper who had, all by himself, the great idea of ​​covering the glass to prevent sand or dust from entering into it. He used a slice of ham and delivered the “covered” drink to the king. Alfonso XIII liked the idea so much that he ate the “cover” or “tapa”, and repeated the request.

All of these stories are legends. But all agree that the “tapa” arises as a need to cover the drink or that it is an aid to alcohol consumption. The most curious thing is that in all of them, the kings are the protagonists and those who validate their existence.

The reality is that already in the 18th century there are records of the use of stale bread or small plates with food to cover the glasses. And most likely, this practice had to do with a kind of “hygiene”: doing so protected the drink from dust or insects.

Another practical origin of the cover has to do with the interests of the tavern keepers. By putting a salty snack next to the drink, the customer would surely have another drink to quench their thirst.

Whatever birth, so difficult to trace in time, today the “tapa” is a sign of identity.

Of those first slices of sausages or cheeses, today we can also enjoy hot tapas that include omelets (the famous “tortilla”), croquettes or squid “a la romana”.

And they admit any setting: from smaller or traditional taverns or bars, through haute cuisine to banquets of the Spanish Court.

If you are in Spain, tapas is almost an obligation. A delicious obligation.

OUT FOR “TAPAS” IN BARCELONA

In some areas, such as Almería or Granada, the “tapa” is free. When ordering your drink, they always put you some “tapas” with it, to taste. You only pay for the drink and, we could say, you eat for free!

But here in Barcelona (and for that matter, in Catalonia), this is not the rule for “tapas”. There are very few places where this occurs. In general, you go to a bar, ask for your drink and some tapas to share, which has its price, of course.

And another detail. In Madrid, for example, the ritual of “going for tapas” is carried out to the letter: a bar, drink and “tapas”; then another bar, with its respective drink and its “tapa” … and so on until the bars are closed … or the money gone … or the friends who invite when the money runs out.

But for Barcelona, ​​this is not so exact. When we meet friends to eat “tapas”, we usually go to a bar or tavern that we like, and right there we drink and eat everything we want. It could be said that it is a little more “sedentary”: the itinerant life of “tapas” is lost a bit.

Touring Spain “tapeando” can be a very rewarding experience. In each corner of this country you can discover a different way of “ir de tapas”, but it is also the best excuse to get to know its people, its culture, the products of its land, enjoying incredible flavors. And always, at a very good price. So, shall we go for “tapas”?

Back to Bars on a Budget? 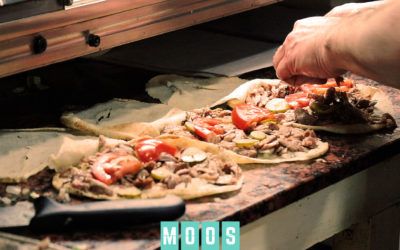 A few meters from the Barcelona City Council offices, behind wooden doors filled with Street art, is “El Cuiner de Damasc” (Carrer dels Templers 2), recognized throughout Barcelona as the place where the best kebabs are served. Fresh products, homemade preparation and... 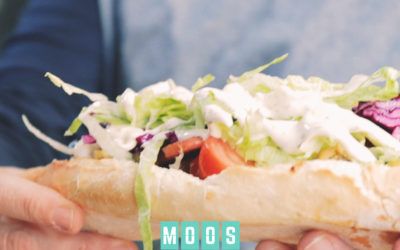 One of the best sandwich places of Barcelona, with affordable prices and an ideal location for everyone in Barcelona, both tourists and locals. A “bar on a budget” not to be missed, whenever in a rush, with few money in the wallet and very hungry....